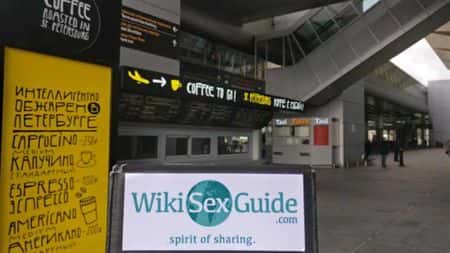 Russia (Russian: Россия) [1] is by far the largest country in the world, covering more than one-eighth of the Earth's inhabited land area, spanning Eastern Europe and northern Asia, sharing land borders with Norway, Finland, Estonia, Latvia, Lithuania, Poland, by administering the Kaliningrad Oblast exclave on the Baltic coast, Belarus, and Ukraine to the west, Georgia (including the disputed regions of Abkhazia and South Ossetia) and Azerbaijan to the southwest, and Kazakhstan, China, Mongolia, North Korea to the east and much of the south. While geographically mostly in Asia, the bulk of Russia's population is concentrated in the European part, and culturally, Russia is unmistakably European. This is a Russia sex guide on where to find sex, prostitution, hookers, brothels and escorts in Russia.

Prostitution is illegal in Russia, but the fine for prostituting is symbolic and amount to from 1500 to 2000 Russian rubles (about 30-40 euros). This sum is less than many Russian prostitutes earn for the standard for Russia one-hour work. This is perhaps one of the reasons why the sexual practice is widespread and so blatant in Moscow, Saint Petersburg and every other major Russian city. Basically finding sex in Moscow or St. Petersburg is very easy.

The reality is that Russian women are found all over the world working as prostitutes and escorts. Of course, there is also no shortage of local girls working in Russia’s domestic sex industry.

According to various estimates, the number of prostitutes working in Russia range from 700,000 to 3 million. 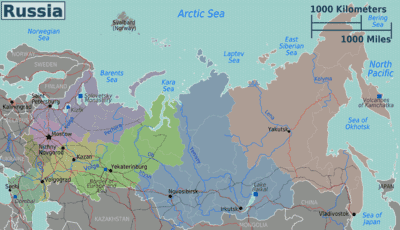 Here is a representative sample Russian cities with their Anglicized and Russian Cyrillic names:

Can I watch Live Sex Cams in Russia? - Yes, you can! Basically you can watch our online live sex shows for free anywhere in the world if you’re connected to internet. You can choose any girl from our trusted WikiSexLive.com! Join to get 10 free private teasers and 9.99 credits for free!

Dating in Russia can be a bit tricky due to cultural differences, so your best bet is to sign up for a dating site before your trip so you can meet a few locals ahead of time. AdultFriendFinder.com lets you meet local members in Russia and get to know them on a personal basis before you arrive. Take advantage of site features like live chat and member to member webcams so you can begin flirting before arranging a face-to-face meeting. Since your time in Russia may be limited, get to know each other’s desires beforehand, so that when you meet you can start having some real fun.

If you are looking for an alternative to escorts in Russia with a girl who doesn’t charge by the hour, sugar dating is the ideal solution. There are thousands of beautiful young women at SecretBenefits willing to do anything for a man who will help them pay their bills.

Same-sex sexual activity is legal but extremely taboo in Russia; public opinion is strongly against any form of gay rights. As of June 2013, "homosexual propaganda", understood to mean public discussion of gay rights or homosexuality, is banned, as is any discussion of homosexuality with minors. Police can and do turn a blind eye to gay-bashing. Openly gay tourists may also be subject to arrest.

Finding an escort when you're travelling can be a bit tricky. If you are looking for escorts in Russia, Escort Directory is the ideal solution. There are thousands of beautiful young women at EscortDirectory.com waiting for your call!

Though the most basic way to find a prostitute in Russia is just ask a taxi driver, searching online give you opportunity to use many search options to find definately what you want. Most of prostitutes are ready to visit your hotel or invite you to their own apartments. If you know Russian and looking for a prostitute in Moscow the best solution would be to visit internet escort sites. If you don't know Russian or travelling in other Russian regions try to visit the following Internet sites:

Some of the escort agencies make difference between brothel girls and self-employed prostitutes (individuals, indis, independants). Independent escorts are usually more expensive than brothel girls but their service is of much more quality so that they offer better value for money. Usually individuals have rented apartments to receive clients. And most of them are ready to go to a client's hotel.

Most brothels (Russian: bordels, salons) advertising online pretend to be individuals, therefore be careful. The most obvious difference is that a salon will offer you to choose between several girls none of whom is the girl you saw online. That's very common, especially among cheap salons. Other differences are:

- when you contact a salon you usually talk to "dispatcher", that is person who explain you how to get to the apartment with the girl and answer other questions; an individual usually answers calls herself;

- individuals usually are more friendly to clients because its their own business;

- salon's prostitutes very often try to cheat on time because they oriented on the bigger number of clients; an individual never cheat on time maintaining her own reputation.

It's not amusing that salons have bad reputation among local clients who prefer individuals. There is even special search option on specialized internet sites: "real individuals" or "real indis" or "real independants" as opposed to salon's girls or prostitutes whose real status unchecked.

Largely because of the transition from state socialism to market capitalism, Russia did experience a rise in criminal activity during the 1990s. As those who controlled capital through the state had to reconfigure their business operations towards a free enterprise rationality, profiteering and scams have increased. The truth is that crime was greatly exaggerated in the media, and for the average tourist Moscow, Saint Petersburg and the rest of Russia are actually just as safe as most major European cities.

As a tourist, you are strongly discouraged to travel to the North Caucasus, as that region is the most dangerous in the entire country. The area has garnered a bad reputation for terrorism, crime and extremes of both corruption and lawlessness.

Russia is among one of the world's most corrupt countries, and the police force and traffic police are the most corrupt institutions in the entire country. Russians, being accustomed to a police state throughout most of their history, are unlikely to offer a lot of help if you have a run in with corrupt officials or criminals on the street. As a result, busy main streets are often less safe than quiet back streets—-there are simply more opportunities for the corrupt.

Be careful not to buy fake vodka, which can be dangerous (seriously here, 'dangerous' doesn't mean 'strong'; it can contain methanol).