Lesbian is the term most widely used in the English language to describe romantic or sexual attraction between women. The word may be used as a noun, to refer to women who identify themselves or who are characterized by others as having the primary attribute of female homosexuality, or as an adjective, to describe characteristics of an object or activity related to female same-sex attraction. 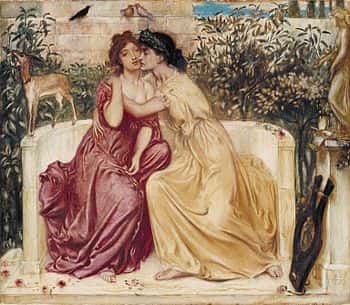 The word lesbian can refer to a woman's identity, to desire, or to romantic or sexual activity between women. (Sappho and Erinna in a Garden at Mytilene by Simeon Solomon)

"Lesbian" as a concept, used to differentiate women with a shared sexual orientation, is a 20th-century construct. Throughout history, women have not had the same freedom or independence to pursue homosexual relationships as men, but neither have they met the same harsh punishment as homosexual men in some societies. Instead, lesbian relationships have often been regarded as harmless and incomparable to heterosexual ones unless the participants attempted to assert privileges traditionally enjoyed by men. As a result, little in history has been documented to give an accurate description of how female homosexuality has been expressed. When early sexologists in the late 19th century began to categorize and describe homosexual behavior, hampered by a lack of knowledge about the female homosexuality or women's sexuality, they distinguished lesbians as women who did not adhere to female gender roles and incorrectly designated them mentally ill—a designation which has been reversed in the global scientific community.

Women in homosexual relationships responded to this designation either by hiding their personal lives or accepting the label of outcast and creating a subculture and identity that developed in Europe and the United States. Following World War II, during a period of social repression when governments actively persecuted homosexuals, women developed networks to socialize with and educate each other. Greater economic and social freedom allowed women gradually to be able to determine how they could form relationships and families. With second wave feminism and growth of scholarship in women's history and sexuality in the 20th century, the definition of lesbian broadened, sparking a debate about sexual desire as the major component to define what a lesbian is. Some women who engage in same-sex sexual activity may reject not only identifying as lesbians but as bisexual as well; sexual identity is not necessarily the same as one's actual sexual orientation, due to various reasons such as the fear of identifying as such in a homophobic setting.

Portrayals of lesbians in the media suggest that society at large has been simultaneously intrigued and threatened by women who challenge feminine gender roles, and fascinated and appalled with women who are romantically involved with other women. Women who adopt a lesbian identity share experiences that form an outlook similar to an ethnic identity: as homosexuals, they are unified by the heterosexist discrimination and potential rejection they face from their families, friends, and others as a result of homophobia. As women, they face concerns separate from men. Lesbians may encounter distinct physical or mental health concerns arising from discrimination, prejudice, and minority stress. Political conditions and social attitudes also affect the formation of lesbian relationships and families in open.

Origin and transformation of the term 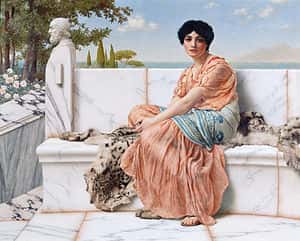 The word "lesbian" is derived from the name of the Greek island of Lesbos, home to the 6th-century BCE poet Sappho. From various ancient writings, historians have gathered that a group of young women were left in Sappho's charge for their instruction or cultural edificationNot much of Sappho's poetry remains, but that which does reflects the topics she wrote about: women's daily lives, their relationships, and rituals. She focused on the beauty of women and proclaimed her love for girls. Before the late 19th century, the word "Lesbian" referred to any derivative or aspect of Lesbos, including a type of wine.An attempt by natives of Lesbos (also called "Mytilene" in Greece) in 2008 to reclaim the word to refer only to people from the island was unsuccessful in a Greek court. Inhabitants of Lesbos claimed the use of "lesbian" to refer to female homosexuality violated their human rights and "disgrace[d] them around the world", BBC News Europe. 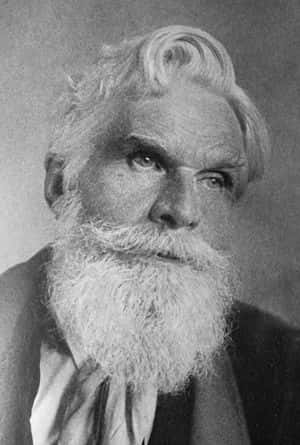 Havelock Ellis (1859–1939), one of a number of sexologists responsible for the now-invalid categorization of 'lesbianism' as a medical problem.

The development of medical knowledge was a significant factor in further connotations of the term. In the middle of the 19th century, medical writers attempted to establish ways to identify male homosexuality, which was considered a significant social problem in most Western societies. In categorizing behavior that indicated what was referred to as "inversion" by German sexologist Magnus Hirschfeld, researchers determined what was normal sexual behavior for men and women, and therefore to what extent men and women varied from the "perfect male sexual type" and the "perfect female sexual type".

Far less literature focused on female homosexual behavior than on male homosexuality, as medical professionals did not consider it a significant problem. In some cases it was not acknowledged to exist. However, sexologists Richard von Krafft-Ebing from Germany, and Britain's Havelock Ellis wrote some of the earliest and more enduring categorizations of female same-sex attraction, approaching it as a form of insanity. Krafft-Ebing, who considered lesbianism (what he termed "Uranism") a neurological disease, and Ellis, who was influenced by Krafft-Ebing's writings, disagreed about whether sexual inversion was generally a lifelong condition. Ellis believed that many women who professed love for other women changed their feelings about such relationships after they had experienced marriage and a "practical life".

The work of Krafft-Ebing and Ellis was widely read, and helped to create public consciousness of female homosexuality. The sexologists' claims that homosexuality was a congenital anomaly were generally well-accepted by homosexual men; it indicated that their behavior was not inspired by nor should be considered a criminal vice, as was widely acknowledged. In the absence of any other material to describe their emotions, homosexuals accepted the designation of different or perverted, and used their outlaw status to form social circles in Paris and Berlin. "Lesbian" began to describe elements of a subculture.

Lesbians in Western cultures in particular often classify themselves as having an identity that defines their individual sexuality, as well as their membership to a group that shares common traits. Women in many cultures throughout history have had sexual relations with other women, but they rarely were designated as part of a group of people based on who they had physical relations with. As women have generally been political minorities in Western cultures, the added medical designation of homosexuality has been cause for the development of a subcultural identity.