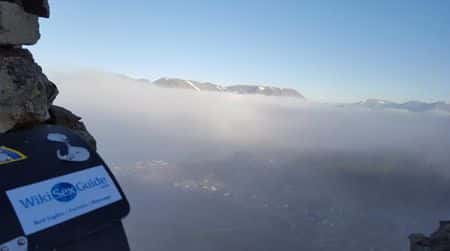 WikiSexGuide, on the top of Svalbard, Norway.

Norway (Norge) is the westernmost, northernmost—and in fact the easternmost—of the three Scandinavian countries. Best known for the complex and deep fjords along its west coast which stretches from the North Sea near Denmark and Scotland into the Arctic Ocean and has borders with Finland, Sweden and the northwestern tip of Russia.

Prostitution in Norway is illegal in that paying for sex is a crime (the client commits a crime by purchasing sex. The Norwegian law prohibiting the buying of sexual services (sexkjøpsloven) came into effect on January 1, 2009, following the passing of new legislation by the Norwegian parliament (Storting) in November 2008.

Prostitution is prostitusjon in Norwegian, and a prostitute is a prostituert, who sells sexual services (seksuelle tjenester). Derogatory words for sex workers in Norwegian include skjøge, ludder and hore. Hore (whore) is derived from the Old Norse hóra with roots in Indo-European kā which means "light". A pimp is hallik, and a client is a horekunde. Men who sell sexual services to women are gigoloer (gigolos).

The Norwegian law applies to all its citizens anywhere, making it illegal for Norwegians to buy sex even in countries where the activity is accepted.

Street prostitution in Oslo, the country's capital, is down between 35 to 60 percent from before the ban, while the indoor market has shrunk by 10 to 20 percent. 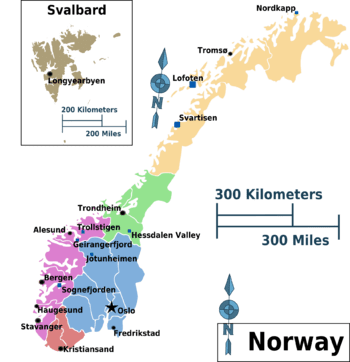 Cities of Norway do not have a Red Light district like in Amsterdam.

There are around 7000 profiles of Norwegian prostitutes online. According to the organization that represents rights of prostitutes, there are about 2000-3000 sex workers working offline in the country. A lot of prostitutes are foreign women and they move around a lot.

Because of the law, street prostitution experienced a sharp decline and has almost disappeared from streets by far. Sometimes you may spot hookers near hotels.

Can I watch Live Cams in Norway? - Yes, you can! Basically you can watch our online live sex shows for free anywhere in the world if you’re connected to internet. You can choose any girl from our trusted Live Sex Cams! Join to get 10 free private teasers and 9.99 credits for free!

Finding an escort when you're travelling can be a bit tricky. If you are looking for escorts in Norway, Escort Directory is the ideal solution. There are thousands of beautiful young women at EscortDirectory.com waiting for your call!

99% of all prostitutes in Norway are from the Eastern Europe. 1500kr ($300) is the fixed price for one hour in-call. Most escort girls in Norway do not speak much English. The images are mostly real, but read the comments because there are some "fakes" as well. A new sex law was introduced in 2009 but there are no worries as long you stay away from street girls and you should be safe. Norwegian hookers are a bit more expensive, and there are only very few (3-5 active advertisers in Oslo). Remember to check their schedule since most working girls are traveling from town to town. There are many different escort agencies operating in Norway, but most of the girls these days work independently and choose their own customers.

Once inside the Diamond Go Go Bar, you are bound to be impressed by the stylish interior and comfortable surroundings. Have a drink at the bar, or relax at a table.Diamond provides the very best and most exclusive clubs in the Norway and raises the standard for premium entertainment for men. All o ...
Tollbugata 8
Oslo Norway

Lamour Gentlemen's Club is an upscale show bar located in the heart of Oslo. Surrounded by many fine hotels and restaurants, The warm cozy atmosphere of the club is romantic and inviting.
Pilestredet 9, 0180 Oslo, Norway
Oslo Norway

If you don’t feel like visiting or cannot find any local sex shops in Norway, you can easily order adult products from Online Sex Shop.

The Norwegian society is, generally speaking, liberal towards the gay community. Norway has several gay public figures, in entertainment and sports as well as in politics and business. In fact, both the former Minister of Finance and the former chairman of Oslo's city council are openly gay.

Dating in Norway can be a bit tricky due to cultural differences, so your best bet is to sign up for a dating site before your trip so you can meet a few locals ahead of time. AdultFriendFinder.com, for example, lets you meet local members in Norway and get to know them on a personal basis before you arrive. Take advantage of features like live chat rooms and member webcams so you know who you are chatting with before arranging a face-to-face meeting. Since time in your destination may be limited, get to know each other’s desires beforehand so when you do meet, you can skip the awkward introductions and start having some real fun.

Finding someone for transsexual dating when you’re on the road can be a bit tricky, so your best bet is to sign up for a dating site before you go so you can find locals ahead of time. TSdates.com is a dating site designed to help you find exactly what you are looking for in your hookup in Norway. Take advantage of site features like live chat and member to member webcams so you can begin flirting before arranging a face-to-face meeting. With over 40 million members, and thousands of transsexual members around the world, TSdates.com is the world’s largest site of sex-minded friends for discreet encounters and will help you find your next transsexual play partner.

Where can I find shemales in Norway? You can watch transsexual live sex shows in Norway as long as you are connected to internet. Check Now: Tranny Live Sex Video Chat

in Oslo you can order a male sex worker online. Some of these men are straight and some are gay, so pay attention to his sexual orientation. If you are visiting a smaller city, some men working on out-calls can join you for a higher price.

In Norway you will find all sorts of places to live and drop your things at. They include:

Norway has a low crime rate. The most likely crimes for tourists to experience are car break-ins and bicycle theft. Pickpockets do also tend to be an increasing problem in urban areas in the summer season, but it's still nothing like in larger cities in Europe. It is always a good idea to look after your belongings, this includes never leaving valuable objects visual in your car and locking your bike safely.

Oslo earned itself the title of "Drug Death Capital of Europe", in 2002 which reflects the problems authorities have in dealing with drugs problems, particularly in Eastern Oslo. Narcotic drugs are still illegal in Norway although there have been discussions with the authorities to decriminalise the issue. Importing drugs into Norway has severe penalties and visitors are advised against doing so.

The Norwegian drugs scene is also the root cause of crime in the country as addicts look for ways of funding their habit. One of the main reasons deaths are higher in Norway than other parts of Europe is that more people inject heroin rather than smoke it. Drugs users then mix this with Rohypnol and alcohol. It is believed that the hardcore drinking seen in Norway is to blame for this combination of substances. The police have surveillance in place at Oslo Central Station and Plaza where drug dealing is common and there are needle exchange schemes in Norway. There are around 4000 people living with AIDS in Norway which is lower than other parts of Europe, and visitors should exercise caution when dealing with bodily fluids and be vigilant for poorly disposed needles.

Rape has been on the increase in part of Oslo particularly the Grunerlokka area of the city. Rohypnol used by drug addicts is also a substance used in date rape and visitors should never leave drinks unattended in a bar or night club and be very aware of having drinks bought for them by strangers.

Norway has a number of problems with alcohol due to its reputation for hard core drinking and has introduced legislation to try and address these. Visitors should be aware that drinking in a public place is illegal in Norway and even drinking on your own balcony where you can be seen by others is technically against the law. Urinating in public is also illegal and if caught offenders will get an on the spot fine for up to 10,000 kroner. Making a nuisance of oneself through being drunk is likely to end with a night in jail.

Drink driving is taken very seriously and the legal levels are well below the rest of Europe at 0.2 with severe penalties and so drivers should not drink any alcohol at all. Drinking and falling over in winter can lead to the onset of hypothermia very quickly and this in a cold climate can be fatal.