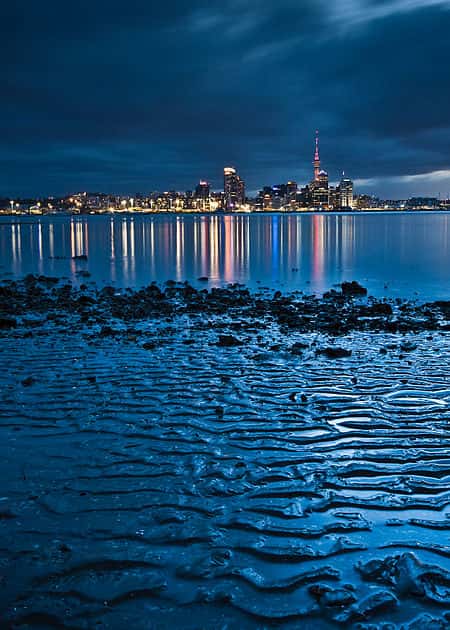 Auckland is the largest city in New Zealand, with a population of over 1.5 million. It is in the northern half of the North Island, on a narrow isthmus of land that joins the Northland peninsula to the rest of the North Island. Auckland holds the distinction of being the most isolated city with a population in excess of 1 million – the nearest city of such size is Sydney, Australia, 2,169 km (1,348 mi) away!

Sex and Prostitution in Auckland

Prior to 2003, indoor prostitution in New Zealand was governed by the Massage Parlours, which allowed brothels to operate in the guise of massage parlours. However, the act defined massage parlours as public places, so laws against soliciting in a public place applied to workers in parlours, and they were sometimes raided and entrapped by police posing as clients. Workers in the parlours were also required to provide their names and addresses to the police. Advertising the sale of sex ("soliciting"), running a brothel, and living off the earnings of prostitution were illegal. These laws were changed by the Prostitution Reform Act, passed in June 2003. The decriminalisation of brothels, escort agencies and soliciting, and the substitution of a minimal regulatory model created worldwide interest; New Zealand prostitution laws are now some of the most liberal in the world.

Although prior to 2003 New Zealand had several laws meant to suppress prostitution, during the last decades of the 20th century, there had been a high degree of toleration of sex work in practice. Nevertheless, police continued to raid brothels, streets, and private residences of sex workers right up to the day before the Prostitution Reform Bill was passed by Parliament.

There is quite good selection on escorts in Auckland.

There are no red light areas as such in New Zealand, although there are places where strip clubs and brothels tend to be concentrated.

Anyway, sometimes Karangahape Road area is considered as red-light district in Auckland. There are a lot of girls in early hours, but still they are not behind windows like in Amsterdam.

Is prostitution legal in New Zealand?

The answer is Yes and in fact New Zealand now has some of the most liberal prostitution and sex laws of any country in the world. Unlike what many people feared, these relaxed attitudes have not led to any more significant problems than elsewhere and sex workers are given good protection by the police. Sex slavery and underage prostitution is not legal in New Zealand. Auckland has by far the largest range of services.

The main spots where street prostitutes gather are:

Street prostitutes usually operate in the evenings and at night so if you are walking around these areas during the day you are unlikely to encounter any.

Meeting local girls and getting laid for free is fun! Read more on how to pick up girls in Auckland: https://hookuptravels.com/wiki/Auckland

Can I watch Live Sex Cams in Auckland? - Yes, you can! Basically you can watch our online live sex shows for free anywhere in the world if you’re connected to internet. Join to get 10 free private teasers and 9.99 credits for free! You can choose any girl from our trusted Live Sex Cams!

It is easy to get sex online in Auckland. You just need to find the best available girls. See Girls Online Here!

There are many interesting places for adult entertainment in Auckland.

Finding an escort when you're travelling can be a bit tricky. If you are looking for escorts in Auckland, Escort Directory is the ideal solution. There are thousands of beautiful young women at EscortDirectory.com waiting for your call!

There is a large selection of all kind of escorts online in Auckland. Usually escort agencies charge few hundred dollars per hour per girl.

All of listed massage parlours below provide sex services:

There are brothels and escort agencies in all of the main centers. There are no 'red light' areas as such in New Zealand, although there are places where strip clubs and brothels tend to be concentrated. In Auckland they are in Karangahape Road and Fort Street, both in the central city.

Here are a few brothel options in Auckland.

Have you ever visited night clubs & bars in Auckland? Feel free to visit PENTHOUSE & add some entertainment in your life. We have a pool of strippers that are beautiful, toned & stunning. For an unforgettable nightlife,visit us-http://www.penthouseclub.co.nz/
13 Gore Street Auckland, New Zealand
Auckland New Zealand

KTVs (hostess karaoke bars with beautiful female staff) are popular in some parts of Asia but you cannot find any of them from Auckland.

If you don’t feel like visiting or cannot find any local sex shops in Auckland, you can easily order adult products from Online Sex Shop.

Love hotels are popular in some parts of Asia, especially in Japan. There are also many love motels and short-time hotels in South America. Unfortunately you cannot find any real Japanese style love hotels in Auckland. If there are short-time hotels near by, usually the working girls know all of these places.

There are many nice nightclubs and bars in Auckland where you can try your luck to find sex for free.

Lesbian, gay, bisexual, and transgender (LGBT) people have the same legal rights as other people in New Zealand.

Stop in for a cocktail
259 Karangahape Road , Auckland, NZ

Dating in Auckland can be a bit tricky due to cultural differences, so your best bet is to sign up for a dating site before your trip so you can meet a few locals ahead of time. AdultFriendFinder.com lets you meet local members in Auckland and get to know them on a personal basis before you arrive. Take advantage of site features like live chat and member to member webcams so you can begin flirting before arranging a face-to-face meeting. Since your time in Auckland may be limited, get to know each other’s desires beforehand, so that when you meet you can start having some real fun.

If you are looking for an alternative to escorts in Auckland with a girl who doesn’t charge by the hour, sugar dating is the ideal solution. There are thousands of beautiful young women at SecretBenefits willing to do anything for a man who will help them pay their bills.

Finding someone for transsexual dating when you’re on the road can be a bit tricky, so your best bet is to sign up for a dating site before you go so you can find locals ahead of time. TSdates.com is a dating site designed to help you find exactly what you are looking for in your hookup in Auckland. Take advantage of site features like live chat and member to member webcams so you can begin flirting before arranging a face-to-face meeting. With over 40 million members, and thousands of transsexual members around the world, TSdates.com is the world’s largest site of sex-minded friends for discreet encounters and will help you find your next transsexual play partner.

Where can I find shemales in Auckland? You can watch transsexual live sex shows in Auckland as long as you are connected to internet. Check Now: Tranny Live Sex Video Chat

You will find a large selection of transsexuals online in Auckland. Sex with an t-girl escort cost about $150 to $300. Most trannies work indoors at the hotels and private flats, and it is very rare to see any transvestite prostitutes on the street.

There are few good male escorts working in Auckland. Prices start from $100 and go up to few hundred dollars per hour. Most male escorts are semi-pros.

When your checking in to your hotel or motel, let them know that your bringing a companion. They might charge a bit from an extra person, but it is much better than have your debate in the middle of the night.

It goes without saying that if you engage in any sexual activity you should practise safe sex (use condoms). All reputable sex workers in New Zealand will require this as it is in fact a legal requirement.

Although prostitution is legal in New Zealand, there are elements of the industry which do get caught up with crime and illegal drugs. If you are offered drugs, ensure you know which ones are illegal as the penalties for use can be severe. However there is little evidence of much other crime amongst prostitutes. Even with a street worker you are unlikely to get robbed or hurt. Brothels are even safer and rely on being reputable.

If you are the victim of any crime, report it to the police at once (emergency number is 111).