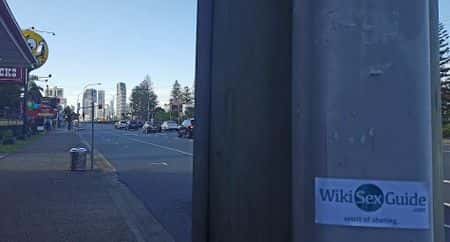 Australia is world famous for its natural wonders and wide open spaces, its beaches, deserts, "the bush", and "the Outback".

However, Australia is actually one of the world's most highly urbanised countries, well known for the cosmopolitan attractions of its large cities such as Sydney, Melbourne and Perth.

Prostitution legal and regulated
Prostitution (the exchange of sex for money) legal, but brothels are illegal, prostitution is not regulated

Prostitution in Australia is governed by state and territory laws, which vary considerably; and Federal legislation also has an impact on some aspects of prostitution throughout Australia, and of Australian citizens and residents outside of the country.

Though Australia is largely homogenous in its attitudes to prostitution, the legal responses to the issues involved of the various jurisdictions have differed. Some of the differences have been due to political factors. Eastern Australian states and territories liberalised their laws in the late-20th century, however liberalisation has been restricted by upper houses of Parliament of several States, with legislation either being defeated or extensively amended. New South Wales was the first State to adopt a different model, decriminalising prostitution in 1979. This in turn became a model for New Zealand and a failed attempt in Western Australia in 2008. Victoria and Queensland adopted different models, based on legalisation, Victoria in 1986 and Queensland in 1992. In the remaining States of Tasmania, South Australia and Western Australia, despite intense debate and many proposed legislative reforms there has been no change in the laws. In the territories the ACT adopted partial decriminalisation in 1992, and the Northern Territory also allowed a partial decriminalisation in 1992. In all jurisdictions the issue remains deeply divisive and in the three eastern states with regulated sex work, there has been a process of continual review.

One of the first countries to regulate brothel keeping and prostitution has been Australia. It is amazing to see the large amount of legal brothels in Sydney, Melbourne and other big cities down under. Most of them are equipped with very luxurious interior and they clearly aim at a high end customers. Australian brothels are not confined to seedy red-light districts like in Europe or Asia, but are spread around wide areas including residential neighbourhoods. As a result of this liberal approach towards bordellos by the Australian state governments illegal street prostitution and escorting are retreating and related crimes and drug addiction are going down.

Foreign backpackers visiting Queensland have been earning money as illegal prostitutes and damaging legitimate operators, the legal brothel industry has claimed. Queensland Adult Business Association Nick Inskip said the illegal sex industry was undermining efforts by the legal industry to make a profit and uphold health and safety standards…. ‘They can charge less because they are not paying GST, staff costs for managers and receptionists, or have a registered business name,’ Mr Inskip said.

One solution could be allowing legal brothels to operate outcall services, he said. But the proposal has previously been rejected by the Crime and Misconduct Commission and the state government. Queensland currently has 23 legal brothels operating in city and regional areas. Police figures show the number of prostitution offences reported in Queensland increased from 362 to 600 in 2005-06. 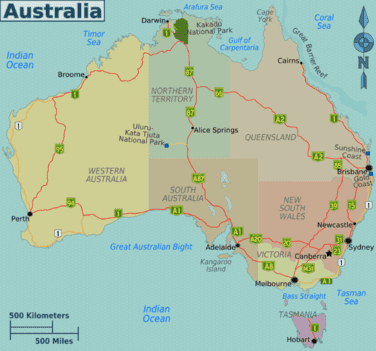 Sydney Harbour, with the city skyline and Harbour Bridge, viewed from Kiribilli at night

Can I watch Live Sex Cams in Australia? - Yes, you can! Basically you can watch our online live sex shows for free anywhere in the world if you’re connected to internet. You can choose any girl from our trusted WikiSexLive.com! Join to get 10 free private teasers and 9.99 credits for free!

Dating in Australia can be a bit tricky due to cultural differences, so your best bet is to sign up for a dating site before your trip so you can meet a few locals ahead of time. AdultFriendFinder.com, for example, lets you meet local members in Australia and get to know them on a personal basis before you arrive. RedHotPie is also Australia's best and biggest adult dating website so you can meet locals faster that way. Take advantage of features like live chat rooms and member webcams so you know who you are chatting with before arranging a face-to-face meeting. Since time in your destination may be limited, get to know each other’s desires beforehand so when you do meet, you can skip the awkward introductions and start having some real fun.

Australia is a fixture on the Queer map thanks to its great climate and laid-back lifestyle. Sydney is Australia’s gay-friendly capital, especially in March when hundreds of thousands of people pour in for the Sydney Gay & Lesbian Mardi Gras. Despite its reputation as a macho culture, the country revels in a large and active scene: you’ll find an air of confidence and a sense of community that is often missing in other parts of the world.

Australia is testimony to the power of the pink dollar: there’s an abundance of gay venues, services, businesses, travel clubs, country retreats and the like. The scene obviously makes full use of sun and sport, and while it’s far from limited to the toned muscle crowd, it’s worth packing your swimming and especially clubbing gear to make the most of a thriving community that, in cities at least, is fully integrated. Australian dykes are refreshingly open – a relief after the cliquey European scene. The flip side of such fearlessness is the predominance of S&M on the scene.

Finding an escort when you're travelling can be a bit tricky. If you are looking for escorts in Australia, Escort Directory is the ideal solution. There are thousands of beautiful young women at EscortDirectory.com waiting for your call!

These days most Independent Escorts and Escort agencies are advertising on-line.

The number 000 (called 'triple zero' or 'triple oh') can be dialled from any telephone in Australia free of charge. This number will connect you with the police, fire brigade, coastguard or ambulance service after you tell the emergency operator which service you need.