Top 10 Easiest Countries to Get Laid

Every country is different from each other. Unfortunately in some countries it's almost impossible to get laid with a normal girl. Usually religious and cultural things are great barriers for getting laid. Fortunately there are many countries all over the world where you can get laid quite easily if you have any idea how to talk with girls. Secondly in some countries where it's difficult to get laid, there are tons of prostitutes. Anyway, this article is about getting laid for free! 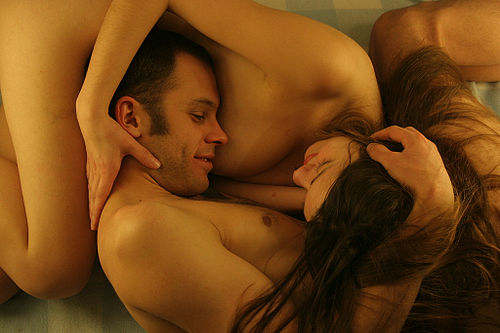 Getting laid is always easier for men who have a high self esteem and they are taking care of themselves. You can imagine that having and getting sex is way more harder if you are fat and have brown teeth. Some average looking guys have also special skills in talking with girls. That is a huge advantage for "girl hunting".

Every country has different type of girls and they are loose for various reasons in different parts of the world. Examples on this article are about the average behavior of the girls in the particular country. No girl should be judged as a slut (yea, right...).

Sweden is a little bit similar than Finland, Denmark and Norway. Women are easy to get into bed. Only difference between Swedes and Finns is that Swedish girls mostly think that they are some how better than Finnish girls. General speaking this is not true. In the end Swedish girls are just the same as Finnish girls. Swedish girls just pretend to be more beautiful with their fancy Burberry scarfs and Gucci sunglasses. Finnish and Swedish women are loose. Just go to the night club and start talking with one. If she is not interested or has a boyfriend, move to the next one. If you are not ugly and you have a good English and looks, it shouldn't be difficult have sex.

One of the main reasons to get sex so easily is that Swedish girls like to drink and party and they turn very loose after few portions of alcohol.

Thailand has countless number of girls who are dreaming of finding a western husband. Many of the girls have poor and miserable lives and their biggest goal is to catch a nice foreign guy and get a better quality of life. Many of these girls are willing to have sex with you in hope to starting a romance. You cannot count these girls as prostitutes because they are not asking money directly. Of course there are also genuine love stories between western men and Thai women.

Cuba has quite same situation than Thailand. Cuba has countless number of girls who are dreaming of finding a foreign husband. It's very difficult to make a good living in Cuba. That's why so many girls would like to have a husband who can support her and their family.

Remember that if you are walking together with a local girl in Cuba, the police might come to ask you some questions. That is apparently because of the high number of prostitutes living in Cuba.

Russia has few different faces when you are trying to get laid:

Russian women are probably the most heavy drinking ladies in the whole world. Girls love vodka in Russia.

In several African countries people have a lot of sex. It's just one fun way to spend your night. Of course many of African girls are looking for a foreign man to support her and the family. You can find many easy-going dark skin girls from non-islamic countries in Africa, like Ghana, Nigeria, Kenya and the list continues. North Africa is a little bit different because of the muslim culture. Instead there are lots of prostitutes in North African countries. South Africa is the most western style country in Africa and many of the people are very same than people in Europe, Oceania or North America.

ALWAYS REMEMBER TO USE CONDOM IF YOU ARE HAVING SEX WITH AN AFRICAN GIRL!

USA has very large variety of different kind of girls. You can find every skin colors and sizes of girls you can imagine. There are so many immigrants that you can find everything in this country. Of course there are some differences between the states. Many women like to have fun and party in United States and especially college girls are famous about sharing their bodies for free.

Vodka shots, saunas and loose women. These are the trademarks of Finland. Having a one night stand in Finland is very easy. It's a cultural thing; a high percentage of Finnish women doesn't think that one night relationships are bad. In the other hand many of these girls doesn't feel the same next morning after a heavy drinking party night when waking up next to a stranger guy.

Many of the girls in big Finnish cities like Helsinki, Tampere, Turku and Lahti doesn't even ask you to use a condom. However you should because if they are that loose about protection, you can imagine how many guys before you have scored it without a rubber. In Finnish language these type of girls are called as "jakorasia" (splitter) or "kuntopyörä" (exercise bike).

Brazilian girls really know how to party! There are some of the world's famous events held in Brazil, for example Olympics, FIFA World Cup and Samba Carnival. Brazilian girls are very passionate and have amazing bodies. It's not very difficult to find a nice local girl from the party and take her to your hotel room. Brazilian girls don't do it in a cheap way. If they really like you they are willing to make an effort to please you! Did you know that all of the Brazilian girls use string as the bottom of their bikinis? Yep, you really should visit Rio de Janeiro.

Australian girls like to party a lot. As a result many of the girls get very loose after few drinks. On the other hand there are thousands of female tourists who like to go to Australia to have sex with surfer guys. Australia is one of the sex destinations for young women. Turkey is pretty much the same. Young and not so good looking girls go to these destinations to find local men to have fun with.

How to Get Laid?

Watch these videos. You could learn something!