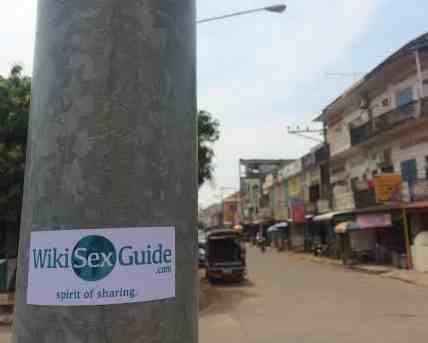 Laos [1], officially known as the Lao People's Democratic Republic (Lao PDR), is one of the poorest nations in Southeast Asia. A mountainous and landlocked country, Laos shares borders with Vietnam to the east, Cambodia to the south, Thailand to the west, and Myanmar and China to the north.

Tourism in Laos bring in excess $200 million per year but as the country opens up it has become a haven for sex tourism. Laos also has a major problem of women from neighboring countries being imported by human traffickers for the illegal purpose of prostitution.

Prostitution, a sensitive issue in conservative Laos, is not always discussed openly. But sex workers, tourists and even government officials acknowledge that it has become more visible these days, amid the increasing openness of this South-east Asian country.

Since it opened up in the early nineties, Laos has become much easier to travel to. It has just been over 15 years since the country opened up to foreign tourists, in 1991, throwing up the challenge of how a traditional society can cope with the social changes that tourism brings.

The capital Vientiane and Luang Prabang are designated by international bodies dealing with commercial sexual exploitation of children (CSEC) as hotbeds for child sex tourism.[2] At least 44 countries have extraterritorial laws relating to child sex tourism.[3] Citizens of the United States,[4] Canada,[5] United Kingdom,[6] Australia,[7] New Zealand,[8] the European Union,[9] Japan,[10] Israel,[11] South Korea[12] and Singapore[13] are prosecutable in their respective countries for being involved in commercial sex with a person under the age of 18 in any country in the world. With INTERPOL actively perusing offenders.[14] 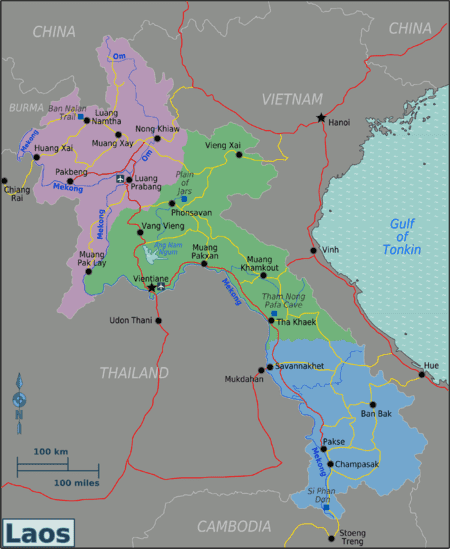 Map of Laos with regions colour-coded

There are many un-official red-light districts in Laos, the most Red light zones can be found from Vientiane and Luang Prabang.

Street prostitution is not that visible in Laos as it is in Thailand. Most girls work in a small shack brothels.

Can I watch Live Cams in Laos? - Yes, you can! Basically you can watch our online live sex shows for free anywhere in the world if you’re connected to internet. You can choose any girl from our trusted Live Sex Cams! Join to get 10 free private teasers and 9.99 credits for free!

Finding an escort when you're travelling can be a bit tricky. If you are looking for escorts in Laos, Escort Directory is the ideal solution. There are thousands of beautiful young women at EscortDirectory.com waiting for your call!

If you don’t feel like visiting or cannot find any local sex shops in Laos, you can easily order adult products from Online Sex Shop.

Don Chan Palace Hotel & Convention is 5 Star Hotel in Laos and stunning situated along Mekong River. The Hotel is the tallest building as well as the biggest Hotel in Laos. We are located in easy access to Vientiane Wattay International Airport, main business district, and major sightseeing spots in ...
unit 6, Piawat Village
Vientiane Laos

While homosexuality is legal in Laos, it is very difficult to assess the current state of acceptance and violence that lesbian, gay, bisexual, and transgender (LGBT) citizens face, because the government does not allow those who are not associated with the government to conduct polls on human rights. Numerous claims have suggested that Laos is one of the most tolerant communist states at the current time, with a growing acceptance of homosexuality. However, numerous reports have claimed that gay men are far likelier to be tolerated in the country than lesbians; an attitude that has been apparent throughout Lao history. Despite such progress, discrimination still exists.

Dating in Laos can be a bit tricky due to cultural differences, so your best bet is to sign up for a dating site before your trip so you can meet a few locals ahead of time. AdultFriendFinder.com, for example, lets you meet local members in Laos and get to know them on a personal basis before you arrive. Take advantage of features like live chat rooms and member webcams so you know who you are chatting with before arranging a face-to-face meeting. Since time in your destination may be limited, get to know each other’s desires beforehand so when you do meet, you can skip the awkward introductions and start having some real fun.

To prevent the development of a sex trade industry, which is so prevalent in neighbouring Thailand, Laotian law bans foreigners from having sexual relations with Laotian nationals other than their spouses. This law is enforced by the village chief and, given the fines, the incentive to enforce is high. The penalty is US$500 for the first offence, though as the text of the law is not available, the fine could be much more (the U.S. Embassy says US$5,000); the foreign offender can face prison or deportation and the Lao woman prison. A Laotian prison is the last place anyone would want to be. If you take a girl to your room and she robs you, this law makes it almost impossible to obtain police assistance. Foreign women should note that, while rare, Laotian police enforce this law on both sexes. Bartenders are happy to provide stories of angry tourists confronting girls at the same bars they picked up the night before. Most hotels also do not allow foreigners to take girls to their rooms as it is officially prohibited.