Italy (Italian: Italia) is a large country in Southern Europe. Two independent mini-states are surrounded entirely by Italy: San Marino and Vatican City. While technically not part of the European Union, both of these states are also part of the Schengen Region and the European Monetary Union, (EMU). Italy is largely a peninsula situated on the Mediterranean Sea, bordering France, Switzerland, Austria, and Slovenia in the north. This is a Italy sex guide on where to find sex, prostitution, hookers, brothels and escorts in Italy.

Prostitution is rife in the night streets around mid and large towns. Prostitution in Italy is legal though authorities are taking a firmer stance against it than before. Brothels are illegal and pimping is a serious offense, considered by the law similar to slavery.

While commercial sex takes place in upscale brothels and designated red-light areas in many countries, some places of this world are limited to private apartments and the street. Italy is one of those countries where most prostitutes are streetwalkers who parade the streets in short skirts and high heels to attract the attention of horny punters on wheels. Trade happends in Italy's seedy streets where young women offer quick relief for a couple of Euros. Some of them are fairly attractive. Many Italian men from North Italy conduct frequent weekend sex vacations by crossing the borders to Austria and Switzerland where they are able to enjoy cheap legal sex in well equipped brothels instead of dealing with Italian street prostitutes.

On-street prostitution is very widespread and many sex workers on the streets are from eastern Europe and West Africa, also many small brothels exist employing only one or two prostitutes. According to IOM, 75-80% of 'sex workers' are street prostitutes, because in Italy, unlike some other EU countries such as Austria, Belgium and the Netherlands, there are relatively few 'sex clubss'. According to the Italian authorities most of the foreign prostitutes are Romanian, Bulgarian, Chinese, Brazilian and Russian. The women either arrive in Italy legally, for example with tourist or entertainment visas, or are come illegally across the Adriatic.

The issue of legalizing prostitution is highly controversial in Italy for years. Since 1958, brothels have been illegal in Italy. It is estimated that up to 100,000 prostitutes in Italy, a third of them come from abroad. More than half of them work on the road.

Please read How to Avoid Getting Corona Virus While Having Sex
In Italy, you can see road side hookers in almost all over the country.
Region Abruzzen: Street Hookers: SP1, 177, 64010 Vallempa TE, Italien: A few immigrants from Africa stay along the street Martinsicuro, Villa Rosa and Alba Adriatica. 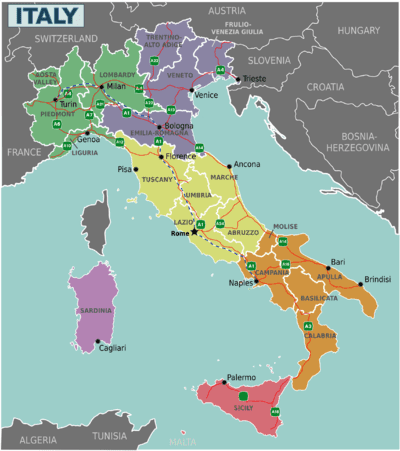 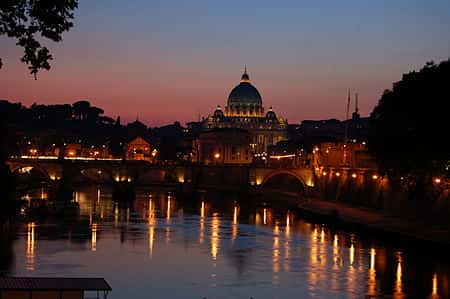 Rome is the capital of Italy

Most cities in Italy have a small districts with active prostitution. But many people call Italian highways a whore highways or red light highways. Italian roads and highways between the cities are always filled with hookers.

Most Street whores in Italy can be found on the roadside of the highways and roads between the towns. Prices go very low down to a 10€ per fuck.

Can I watch Live Cams in Italy? - Yes, you can! Basically you can watch our online live sex shows for free anywhere in the world if you’re connected to internet. You can choose any girl from our trusted Live Sex Cams! Join to get 10 free private teasers and 9.99 credits for free!

In Italy you can find strip clubs, swingers clubs and massage shops. There are no legal brothels how ever in Italy.

Finding an escort when you're travelling can be a bit tricky. If you are looking for escorts in Italy, Escort Directory is the ideal solution. There are thousands of beautiful young women at EscortDirectory.com waiting for your call!

You can find many escorts in Italy, but the best brothels can be found usually across the border from Austria.

Please contact us for Indian Tantra massage in Milan or out of Milan.
Milan
Milan Italy

Brothels are illegal in Italy.

Beautiful girls are waiting for you, from a minimum of 8 and a maximum of 18, you will be spoiled for choice.In June of 2000 was born Blue Eyes Night Club Local created to escape from everyday life. After a few months the place is transformed, becoming from a local Lap Dance Club, this is to make ...
Via Luigi De Andreis 13, 20137
Milan Italy

In Italy it is advised to be careful at the strip bars, as scams are not uncommon.

There are no KTV sex clubs in italy.

FLIRT Club is a swingers club dedicated exclusively to pre-selected couples and single females. It is located 40km away from Rome GRA road, in the north area of Rome, near Bracciano lake. Call for the exact address.
Via Cassia Veientana SR2 snc I-01015 Sutri VT Italy
Rome Italy

Our private lakeside Villa in Italy is the perfect location where we host our sexy escapes.With its own swimming pool, hot tub, outdoor bar and private lake access it makes for the ideal experience to explore playfulness and intimacy, sensuality and self-expression. We have activities, music, pampe ...
Lago di Viverone
Piedmont Italy

Swingers clubs are quite popular in Italy.

If you don’t feel like visiting or cannot find any local sex shops in Italy, you can easily order adult products from Online Sex Shop.

The cinema is rather an old relic of the 1970s and in need of renovation.
170 Via Nizza, Turin
Turin Italy

Most big cities in Italy have sex shops. Some of the sex shops have also adult arcade attached to them. Viagra can be only purchased from the pharmacies with a prescription in Italy.T

There are no Japanese style love hotels in Italy.

Best nightclub in Italy can be usually found from the party districts of each city.

This is a small basement sauna located in the south of Turin. It has a loyal clientele, appealing to the afterwork crowd on weekdays.
Via Pigafetta 73/D
Turin Italy

Modern cruising club, imaginatively done up and with an open atmosphere. Some nights with full nudity - check the Bangalov website for their current weekly agenda. Admission: 10 €.Gay Cruising barOpen tuesday through saturday till 10 pmFetish naked/underwear
Via Calabria 5, Milan
Milan Italy

Gay sauna in the northeast of Milan, in the same building as the well known gay cruising club Flexo. With a bit old wet area and a bar on the ground floor and a cruising labyrinth with cabins on the upper floor. Mostly older clientele and bears. Wed-Sat 13:00 -21:00; Sun 12:00 - 24:00. Admission: 16 ...
Via Oropa 3 Milan
Milan Italy

Fetish and naked cruising club with bar on the ground floor and cruising labyrinth in the basement. (The stairs to the basement can be hard to find an they are on the left side of the bar.) Check the Depot website for their theme nights and nude day agenda. Attention: The ONEPASS and Arcigay cards a ...
via Dei Valtorta 19, 20127 Milano
Milan Italy

While more information can be found on LGBT-specific websites, a brief summary of the situation is as follows: while violence is uncommon against openly gay people, most Italians are still disturbed by public displays of affection from same-sex couples and stares are almost guaranteed; most same-sex couples prefer to avoid public attention. As is the case elsewhere, the younger generations tend to be more open minded than older folks, but assumptions should not be made in either direction.

Dating in Italy can be a bit tricky due to cultural differences, so your best bet is to sign up for a dating site before your trip so you can meet a few locals ahead of time. AdultFriendFinder.com, for example, lets you meet local members in Italy and get to know them on a personal basis before you arrive. Take advantage of features like live chat rooms and member webcams so you know who you are chatting with before arranging a face-to-face meeting. Since time in your destination may be limited, get to know each other’s desires beforehand so when you do meet, you can skip the awkward introductions and start having some real fun.

Most shemale escorts in Italy advertise online and charge around 100€ for sex.

Italy is the heaven for women seeking for sex. Each city have plenty of playboys and more south you go the more gigolos and players you will find.

Most hotels in Italy are GFE friendly.