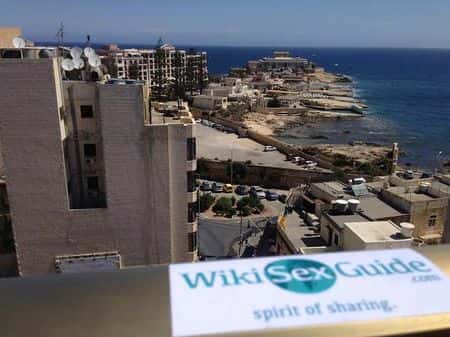 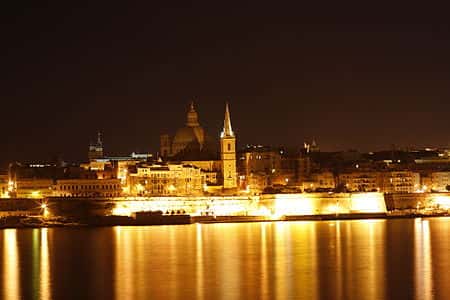 Skyline of Valletta and Sliema

Malta is a small, island country in the Mediterranean Sea that lies south of the island of Sicily, Italy in Europe.

Sex and Prostitution in Malta

Prostitution itself is legal, but certain activities connected with it, such as running a brothel and loitering, are not. Certain offences are punishable by sentences of up to two years in prison. 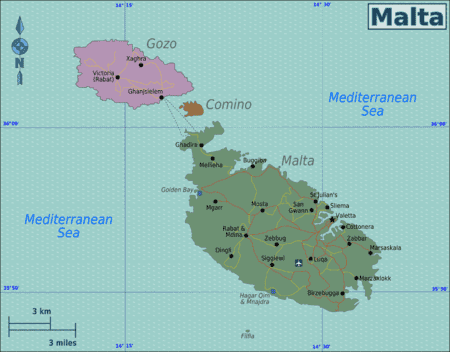 Map of Malta with regions colour-coded

Most prostitutes are from Asia and working in massage parlors. There are some East European prostitutes as well working in Malta. Generally the prices are inflated compared to similar European countries. Malta is not the ideal "pay for sex" tourist destination but you can always find some freelancer working girls and some extra services from massage salons.

You can find street prostitutes from Testaferrata Street in Gżira and Albertown which are considered to be Red-light districts of Malta.

Meeting local girls and getting laid for free is fun! Read more on how to pick up girls in Malta: https://hookuptravels.com/wiki/Malta

Can I watch Live Sex Cams in Malta? - Yes, you can! Basically you can watch our online live sex shows for free anywhere in the world if you’re connected to internet. Join to get 10 free private teasers and 9.99 credits for free! You can choose any girl from our trusted Live Sex Cams!

It is easy to get sex online in Malta. You just need to find the best available girls. See Girls Online Here!

Malta has quite many strip clubs and massage salons.

Finding an escort when you're travelling can be a bit tricky. If you are looking for escorts in Malta, Escort Directory is the ideal solution. There are thousands of beautiful young women at EscortDirectory.com waiting for your call!

Escorting is semi popular in Malta. There are many online gaming companies with hundreds and thousands of employees and they are really good customers for escorts. Many wealthy foreign people have moved to Malta because of the governments fine tax policy and online gaming law.

By far the largest and most exciting Gentleman’s Club on the island, our main feature is our attractive and colorful stage in the center of the club. Our stage has a shower feature in the summer seasons which adds that special touch to any show performed by our beautiful pole-dancing skilled dancers ...
St George's Road, St Julian's
Malta Maltese Islands

About 10 dancers. Really popular with a younger, affluent crowd. Steam will change your idea of clubbing forever. Our beautiful women are waiting for you at Steam and invite you to spend your evening in their company and promise to relax and entertain you. Surely an invite you cannot refuse whilst i ...
Paceville Main Staircase, St Julian's
Malta Maltese Islands

In Paceville, the heart of the nightlife, the Black and White is the ideal place to spend a different night. Whether you want to celebrate a special event or just chill out, the Black and white is the place you are looking for.: modern ambiance, elegance. Simply relax and let our girls take care of ...
Triq Santa Rita, San Ġiljan
Malta Maltese Islands

About 15 dancers. Private Gentlemens Club lies in the heart of Paceville, Malta's premier entertainment district. For years now, Private Gentlemens Club has been known to be the best club in town, where locals, tourists and business people come to have fun and relax in our luxury surroundings, enjoy ...
Triq Elija Zammit, Paceville
Malta Maltese Islands

Right in the heart of Paceville a new gentlemen’s club is opening his gates. With a new concept , different than others ,we invite you to spend quality time with our beautiful girls while enjoying cabaret shows and tasting the atmosphere of old times. Beautiful girls are highly trained for professio ...
Triq il-Wilga, Paceville Square
Malta Maltese Islands

There are many gentlemen's and strip clubs in Paceville area in St. Julians and some clubs in Silema area as well. In Paceville area there are almost 10 gentlemen clubs in very small area so you can hop in and out as much as you like and choose the most convenient one. If the bouncer doesn't let you in to take a look for free, just move to next club.

Most of the girls are dancing in bikinis in the public area. In a private lapdance they might get topless or even nude but you really need to negotiate that before ordering the private dance. Otherwise the girl probably will just dance with bikinis. It's really hit or miss what kind of girl you will hire for private dance. Some of them dance a little bit and run away immediately the song is over. Some of them let you touch their bodies and if you're young and good-looking guy they might also slide their hand in to your pants.

Mostly the private dances are not worth for the money, but if you can negotiate it well, you might be able to receive also good service.

There are many type of dancing girls at the strip clubs. You can find black and white girls and also some latinos.

KTVs (hostess karaoke bars with beautiful female staff) are popular in some parts of Asia but you cannot find any of them from Malta.

Swinger clubs (lifestyle clubs), are formal or informal groups that organize sex-related activities or establishments where patrons can engage in sex acts with other patrons.

If you don’t feel like visiting or cannot find any local sex shops in Malta, you can easily order adult products from Online Sex Shop.

Directions: If you look down the street there is just a sign that says CINEMA and some times on it head into an old shopping arcade and go up some stairs to the office and then upstairs for action. Cinema is busy also with a gay and bi crowd.

There are many nice nightclubs and bars in Malta where you can try your luck to find sex for free. In winter time the tourism is pretty dead but it might be still a good time to visit and hunt for local girls.

Lesbian, gay, bisexual, and transgender (LGBT) persons in Malta may face legal challenges not experienced by non-LGBT residents. Both male and female same-sex sexual activity is legal in Malta, but same-sex couples and households headed by same-sex couples are not eligible for the same legal protections available to opposite-sex married couples.

There aren't really other sex services in Malta than mentioned above.

Dating in Malta can be a bit tricky due to cultural differences, so your best bet is to sign up for a dating site before your trip so you can meet a few locals ahead of time. AdultFriendFinder.com lets you meet local members in Malta and get to know them on a personal basis before you arrive. Take advantage of site features like live chat and member to member webcams so you can begin flirting before arranging a face-to-face meeting. Since your time in Malta may be limited, get to know each other’s desires beforehand, so that when you meet you can start having some real fun.

If you are looking for an alternative to escorts in Malta with a girl who doesn’t charge by the hour, sugar dating is the ideal solution. There are thousands of beautiful young women at SecretBenefits willing to do anything for a man who will help them pay their bills.

Finding someone for transsexual dating when you’re on the road can be a bit tricky, so your best bet is to sign up for a dating site before you go so you can find locals ahead of time. TSdates.com is a dating site designed to help you find exactly what you are looking for in your hookup in Malta. Take advantage of site features like live chat and member to member webcams so you can begin flirting before arranging a face-to-face meeting. With over 40 million members, and thousands of transsexual members around the world, TSdates.com is the world’s largest site of sex-minded friends for discreet encounters and will help you find your next transsexual play partner.

Where can I find shemales in Malta? You can watch transsexual live sex shows in Malta as long as you are connected to internet. Check Now: Tranny Live Sex Video Chat

Malta is the first European state to have gender identity in its constitution following the proposed amendment that was approved.

It shouldn't be too difficult to find a local or a tourist man for having sex from the nightclubs in Malta.

Ask the hotel before booking that is it OK to bring guests to your room. Renting an apartment might be an easier deal. There are huge castles with quite low rates if you visit Malta little bit off-season. You should have 5-10 people to rent these huge houses and having some parties. You can call a couple of escorts to keep you company if you're not interested in going to the nightclubs.

Malta is generally considered one of the safest places in the world. Malta's crime is mostly related to scams such as overcharging. If you are travelling to Paceville at night, caution should be taken. There are repeated incidents of alcohol and drug fuelled violence there, and the police presence is negligible.