Prostitutes hang out at local night clubs and near places popular with tourists. You can take the one you like to the place you are staying in or let her choose the lodging. Some of the girls you will find on social networks as well.

There is no window type red light district anywhere in Papua New Guinea, but Port Moresby has kind of an area where most of the prostitution concentrates.

Prostitutes in Papua New Guinea are known as 2-kina girls because historically the going rate for services was a mere 2 kinas.

Though prostitution is illegal, you will find lots of hookers on streets of the country. Mind that street workers contribute to the rise of HIV and other STDs among the citizens and guests of the city.

Can I watch Live Cams in Papua New Guinea? - Yes, you can! Basically you can watch our online live sex shows for free anywhere in the world if you’re connected to internet. You can choose any girl from our trusted Live Sex Cams! Join to get 10 free private teasers and 9.99 credits for free!

Finding an escort when you're travelling can be a bit tricky. If you are looking for escorts in Papua New Guinea, Escort Directory is the ideal solution. There are thousands of beautiful young women at EscortDirectory.com waiting for your call!

Prostitutes hang out at local night clubs and near places popular with tourists. You can take the one you like to the place you are staying in or let her choose the lodging. Some of the girls you will find on social networks as well.

Local brothels are oriented both on local men and foreigners. You can find them near mining, logging, palm oil sites. Apart from local sex providers, you will find women from China, Thailand, Malaysia and Philippines as well.

There are no striptease clubs in Papua New Guinea.

There are no Asian-type KTVs.

If you don’t feel like visiting or cannot find any local sex shops in Papua New Guinea, you can easily order adult products from Online Sex Shop.

There are no offline sex shops in Papua New Guinea.

When ordering a prostitute through a pimp, you may receive a hotel's name, room's number and the time of meeting in return. It means that a prostitute will be waiting for you there and then.

Lesbian, gay, bisexual, and transgender (LGBT) persons in Papua New Guinea face legal challenges not experienced by non-LGBT residents. Male same-sex sexual activity is prohibited by Section 210 of the Papua New Guinea Penal Code. Those caught engaging in anal sex can get punished with up to fourteen years imprisonment. Other same-sex sexual acts can be punished with up to three years imprisonment. Papua New Guinea has a traditional Christian society. In 2011, the government informed the United Nations that it will not decriminalise homosexuality. According to the United States Department of State, there were no reports of prosecutions in 2012 directed at LGBT persons. However, the department reported that LGBT persons in 2012 were "vulnerable to societal stigmatization". LGBT persons have reported facing "discrimination in their daily lives, and often struggle to find jobs". PNG former Member of Parliament Dame Carol Kidu in 2012 described gay Papua New Guineans as being forced to live lives of secrecy, and called unsuccessfully on the government to decriminalise homosexuality. Prime Minister Peter O'Neill explained that there were "strong feelings" against homosexuality in the country, which was "yet to accept such sexual openness".

Dating in Papua New Guinea can be a bit tricky due to cultural differences, so your best bet is to sign up for a dating site before your trip so you can meet a few locals ahead of time. AdultFriendFinder.com, for example, lets you meet local members in Papua New Guinea and get to know them on a personal basis before you arrive. Take advantage of features like live chat rooms and member webcams so you know who you are chatting with before arranging a face-to-face meeting. Since time in your destination may be limited, get to know each other’s desires beforehand so when you do meet, you can skip the awkward introductions and start having some real fun.

Homosexuality is illegal in the country, but there is no real punishment. Most transsexuals of Papua New Guinea are concentrated in the village of Hanuabada.

It is easy to find a male sort worker in Papua New Guinea. Men provide sexual services for money both for gays and for normal women. They can be found online, on streets and at night clubs and bars.

Papua New Guinea offers a wide choice of accommodation for tourists with very little of it budget.

Port Moresby has international hotels including the Crown Plaza and Airways International, mid range hotels such as Lamana and guesthouses. The regional areas offer International and budget hotels depending on the size of the town and some provinces have guest houses. There is a new eco-tourist lodge in Alotau called Ulumani Treetops Lodge, the place is beautiful overlooking the Milne Bay and offers a new bungalow or backpacker options.

There is a very expensive lodge ($200/night) that sits on the edge of Tari basin, called Ambua Lodge that is run by Australians. This lodge is "an inspired mixture of local architecture, spectacular views and modest luxury off the beaten track." It is in the Tari Gap 2100 m in the Southern Highlands, which is the homeland of the Huli clan with their human hair wigs adorned with colourful flowers. It borders on the mid-montane rain forest and grasslands which gives a spring feeling all year round. This lodge won the 1991 Pacific Asia Travel Association's Pacific Heritage Award which cited it due to its "superb example of culturally sensitive and ecological responsible tourism."

A stone's throw down the road from Ambua Lodge is the more rustic Warili Lodge, which is run by locals, is only $20/night, and offers birdwatching as good as, or better, than that offered at Ambua Lodge. 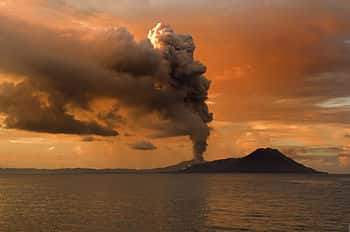 This has a reputation as a risky destination in some circles (primarily Australian ones), predominantly because of the activities of criminal gangs (known in Tok Pisin as raskols) in major cities, especially in Port Moresby and Lae.

That is generally a result of unemployment stemming from increased domestic migration from subsistence farming in the hills to the nearest urban area.

There is no history of heavy settlement in the Port Moresby and Lae areas. Hence, they are colonial cities comprised of a mix of tribal people which fosters instability. Madang, Wewak, Goroka, Mt. Hagen, and Tari are much safer with longer periods of settlement and a more stable tribal homogeneity.

The villages are quite safe as the locals will "adopt" you as one of their own.

If you are planning a trip to Papua New Guinea, avoid spending time in the cities as they are boring and devoid of the culture to be found in the villages.

If you must, the most important thing is to stay up to date on the law and order situation in the locations you are planning to visit.

Most hotels in Port Moresby are secure and situated inside compounds, generally with guards patrolling the perimeter. However, actual gunfire in the capital is mercifully rare. If you plan on taking a tour of any city, make inquiries with your hotel or accommodation provider, as many will be able to either walk with you or drive you to wherever you are planning to go, or just around the local area if that is what you want to do.

Avoid going out after dark, but if you must, stay very alert.

Flying in small planes can be very risky. Hardly a year goes by without at least one fatal accident (the most recent in August 2009 when 12 people were killed). While the planes are usually well-maintained and the pilots technically proficient the problem is the mountainous terrain. Many smaller airfields are situated in steep valleys. When there is cloud cover planes have difficulty in finding them and sometimes crash into a mountain. The national airline, Air Niugini, which flies internationally and to the major cities of the country has, however, an unblemished safety record in 32 years of operation.

Saltwater Crocodiles (Crocodylus porosus) are common in Papua New Guinea and are capable of growing to immense lengths of 7 m or more (although individuals over 6 m are rare). They occasionally devour humans and should be shown respect at all times. They are equally at home in coastal waters as they are in freshwater lakes and rivers. Swimming is generally not advised except at higher elevations and in hotel swimming pools. Papua New Guinea, along with Australia, has the highest and healthiest population of large Saltwater Crocodiles in the world.

Papua New Guinea is home to many active volcanoes and several of the most popular treks involve getting close or actually climbing one or more of these. Always heed local advice and a regular check of The Smithsonian Institute's Volcanic Activity Report [1] would be wise.

There are some rogue travel operators in Papua New Guinea who have taken people's money and then failed to provide the itinerary agreed or even in some cases have not bought the flights that were paid for, leaving travellers stranded or having to buy new tickets themselves. It is wise to use a search engine and travel forums to investigate the operator you are considering before paying any deposits. Be aware that these operators will often change their names from time to time.