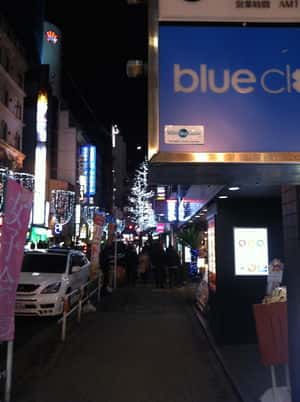 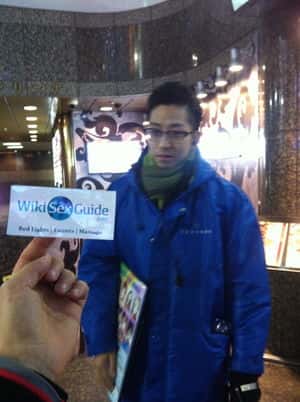 Kabukichō, a red-light district in Tokyo. Originally, the area was known as Tsunohazu (角筈?) and was a swamp. After the Meiji Period, the area became a duck sanctuary. As the Yodobashi Purification Plant was built in 1893, the ponds were filled in. In 1920, a girl's school was built there, and the surroundings were developed into a residential area. During World War II, the bombing of Tokyo in 1945 razed the area to the ground. After the war, a kabuki theatre was planned to be built there and the town changed its name to Kabukichō. Though the theatre was cancelled due to financial problems, the name remained. Kabukichō was quickly redeveloped after the war, mainly due to the efforts of the overseas Chinese in Japan who bought land left unused after the expos and greatly developed them. Examples of such people include the founder of Humax, Lin Yiwen, who started his business with a cabaret. 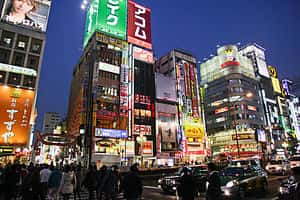 Kabukicho is an entertainment district

At present, Kabukichō has transformed from a residential area to a world famous red-light district housing over three thousand bars, nightclubs, love hotels, massage parlours, hostess clubs and the like. Although referred here as a "red light district", there are no red lights in the literal sense with prostitutes in the windows as in Amsterdam. Recently, tourism from China and Korea are on the rise, and so, many tourists can be seen in Kabukichō even during daytime. In Kabukicho many of the prostitutes and sex workers are Chinese.

Walking around Kabukicho is fairly safe though you still need to keep your wits about yourself. Remember this area of Tokyo is controlled by the Yakuza (Japanese mafia) so you do not want to be getting into any trouble.

There are a lot of touts on the streets trying to get people into their bars, massage parlours or strip clubs. Alot of these touts are Japanese men who generally ignore foreigners. There are also lots of African men, mostly from Nigeria who speak excellent English and will strike up a conversation with foreigners to get them to go to the expensive strip clubs. These Africans are mostly harmless and less pushy then the Africans you find in Roppongi. Just ignore them and they will leave you alone or strike up a conversation if there is something you are really wanting to find.